I think I grew up hearing a lot about the Unchanging Word of the Lord and hearing this verse quoted. I always pictured the words of the Lord, in scroll or book form, unchanged from their original writing, acting as a reference book in a library. “Well, let’s see what the Word of the Lord says about that, shall we?” an angel might say. Then they’d pick up this enormous book in heaven, flip to the reference, and quote the verse. See? they would say. That’s what it says. They’d probably jab a finger at the page for good measure. And the Unchanging Word of the Lord was, of course, always in King James’ English, and it was the version that said women have to wear dresses and have long hair, and a bunch of other stuff like that.

The Unchanging Word of the Lord in my imagination looked something like this: 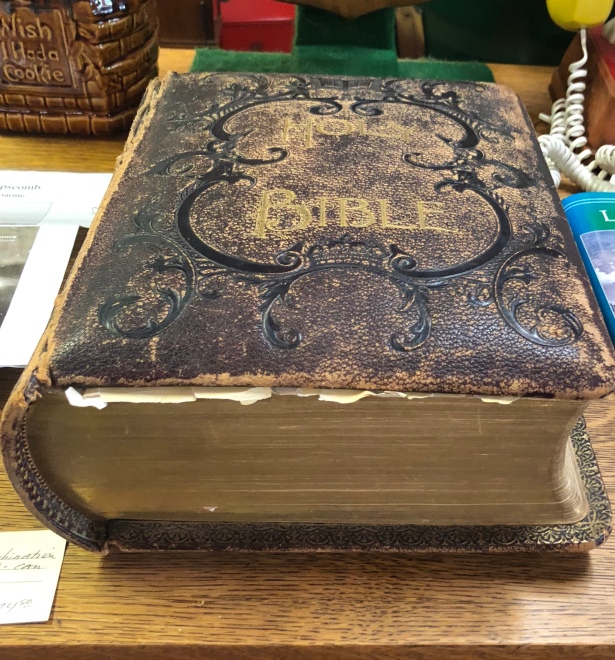 Very old Bible from the Antique World Mall in Boise 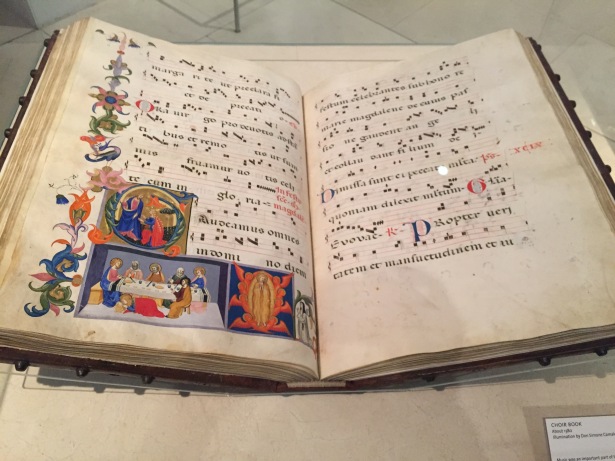 Illustrated Choir Book from the Victoria & Albert Museum in London

The Choir Book with Michelle for scale

But about a year ago, someone at church made a comment about translations and God’s word and I suddenly had a moment of clarity. My idea about the Unchanging Word was completely wrong. The unchanging word wasn’t the word at all – it was The Word, something else entirely, something far better than a carefully copied scroll, something far better than even the first edition of the scroll because it was someone, not something. The word of God that’s standing firm in the heaven is the original, uncreated, unspoken Manuscript, the Man himself, the Word in the beginning – Jesus himself from John 1:1 In the beginning was the Word and the Word was with God and the Word was God. Jesus, the original uncreated Word, unmuffled, untranslated, unconfused by the constraints of human language. God’s principles are firm and unshakeable and His words are the ultimate signifier and signified in one. His principles are Jesus Himself, God’s word made human, embodied.

It amazes me that we humans can communicate at all when so often we can’t even agree on what the individual words themselves mean. I can’t count the number of times I hear two people trying to have a conversation, but talking at cross purposes, their meanings flying by each other, and each one getting more and more frustrated at the other’s denseness. We need a personal translator to tag along with us every day.  And that’s just trying to talk to each other about our day to day. Forget trying to have a conversation with significance. Or a conversation on a first date. It’s hopeless.

So until that day when we return to a linguistic Eden, know that the very least we are known and fully understood by the Eternal Word, if no one else.