I heard the bells on Christmas Day
Their old, familiar carols play,
and wild and sweet
the words repeat
Of peace on earth, good-will to men!

Henry Wadsworth Longfellow wrote these words during the American Civil War after his son was injured in battle in 1863. A country divided by racial issues and economic and political ideology then, and one hundred and fifty two years later….he may as well have written it yesterday. 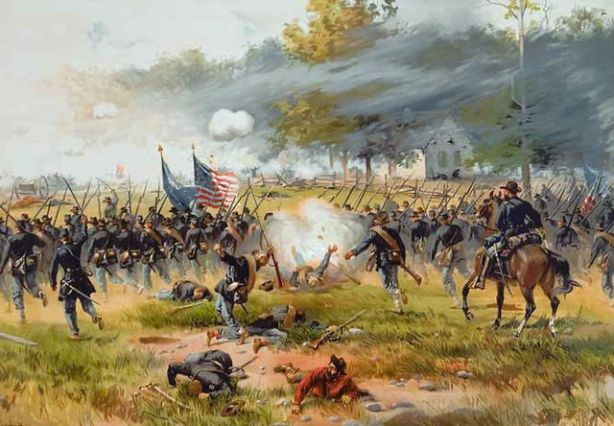 Fifty years later, the world was embroiled in the first World War. By Christmastime men had been sitting in trenches for months, shooting at and killing each other but gaining no ground despite assurances from the top that the war would be over by the new year.

Bodies lay for weeks in the “no man’s land” between the German and British lines. Anyone attempting to pick them up for burial would be killed. It was freezing cold and the trenches were filled with ice water and mud. Hate and despair were strong.

But on Christmas Eve, something happened. The sound of carols drifted across from the German trenches. A candle-lit Christmas tree popped up above the trench. The British didn’t shoot it down and other trees joined it. A brave soul walked tentatively into the no man’s land waving a white handkerchief. Men from both sides met in the no man’s land. They buried their dead, exchanged cigarettes, Christmas treats, and souvenir items. 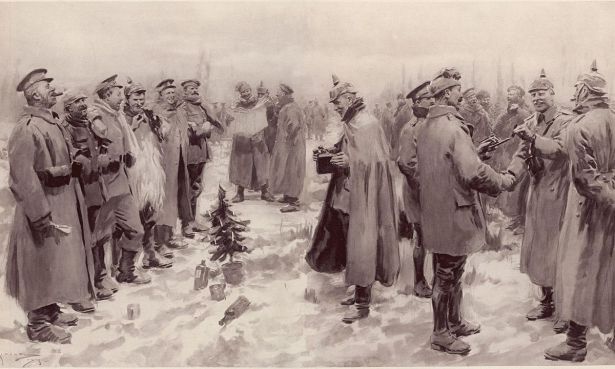 Proof of the fact that hate is strong and mocks the song is apparent every time I turn on the internet. It’s easy to give in to the fear – to be so fearful that we lock ourselves into an armed bunker either physically or emotionally, and refuse to let anyone else in –into our country, our home, our heart.

Decades of war later, what’s changed? Hate is still strong. Fear is still rampant. People cry for more weapons, more walls, more so-called safety and security. But what are we afraid of? We already know how the story ends. We may be persecuted, hurt, terrorized, but we know the story ends in triumph. God already told us that. The bells ring loudly every day we care to listen–God’s not dead, nor is he asleep! Go(o)d wins!

Then pealed the bells more loud and deep:
“God is not dead, nor doth He sleep;
The Wrong shall fail,
The Right prevail,
With peace on earth, good-will to men.”